According to AS, Manchester United is interested in signing Valencia goalkeeper Giorgi Mamardashvili.

The 21-year-old, appeared in 23 games for Valencia this season, allowing only 24 goals and maintaining 10 clean sheets.

According to reports, Manchester United has called to inquire about the goalkeeper, who has a £17 million release clause.

Valencia is attempting to extend his contract and would like to raise his release clause.

Mamardashvili was signed by Valencia from Dinamo Tbilisi in 2021 for just £700,000. With two caps to his name, the goalkeeper is now a Georgian international. 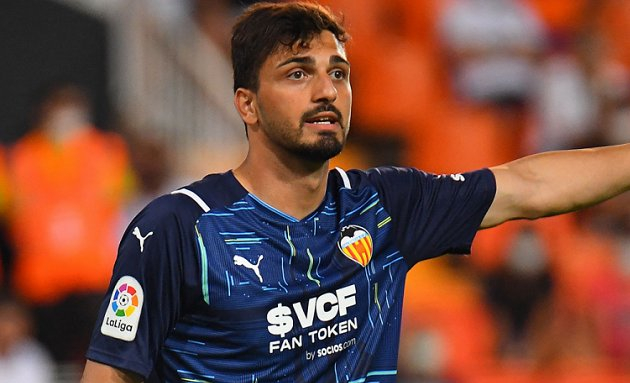 Mamardashvili, who is only 21, is establishing himself as a scary presence for attacking players in La Liga, where he stands at 6ft 5′′.

According to FBRef, he is eighth in La Liga for the percentage of crosses stopped entering the penalty area, whereas David de Gea is 21st in the Premier League.

🇪🇸🇬🇪 Giorgi Mamardashvili’s debut season at @valenciacf has come to an end and what a season it turned out to be!

Valencia would like to extend his contract until 2024, but they are aware that even if he left under his existing release clause, they will still profit handsomely.

As of now, the links aren’t concrete but with significant changes in United’s goalkeeping department, there could be advanced talks later in the transfer window.

Dean Henderson’s move to Newcastle have seem to be likely in the summer as the Englishman barely got minutes in a United shirt this season.

Even De Gea’s impact with the ball hasn’t been attractive and there are concerns from the incoming boss Erik Ten Hag over his lack of distribution.

De Gea's FBREF season report is even worse than I expected, how do people back this GK (percentile rank 6 and less for numerous stats) to be our starting GK on 375k pw. It's as if people don't know the job of a GK and just focus on fancy saves🤔 #MUFC pic.twitter.com/qymuRqZHa8

A move for young goalie Mamardashvili would be intriguing, as it would provide cover and competition for David de Gea.

De Gea has been left out of Spain’s last two international squads, with Luis Enrique believing he is not a well-rounded goalkeeper, and Erik ten Hag may share that opinion.