Manchester United have been linked with a left-back signing. According to the German website, Focus.de Manchester United are interested in Stuttgart defender Borna Sosa ahead of the summer transfer window.

United is thought to be in a bidding war with Barcelona, Arsenal, and Tottenham for the defender, who is expected to cost around £20 million.

Despite the presence of Luke Shaw and prospects Alvaro Fernandez and Brandon Williams, Alex Telles’ recent performances have not been nearly strong enough, and Sosa is a very intriguing candidate to replace him.

The 24-year-old joined Stuttgart from Dinamo Zagreb in 2018. He was signed as a developmental prospect and has spent the past two seasons in the Bundesliga.

He has five caps for Croatia and was called up for the first time last year. He would be the first Croatian player to play for Manchester United.

As he qualified through his motherland, Germany had attempted and failed to persuade him to switch allegiance to them.

The Croatian international has a contract with Stuttgart that runs until 2025. In 2020, he signed a contract extension.

Sosa has eight Bundesliga assists this season, compared to nine last season. This season, he is averaging 2.5 successful crosses per game, which ranks third in Germany. 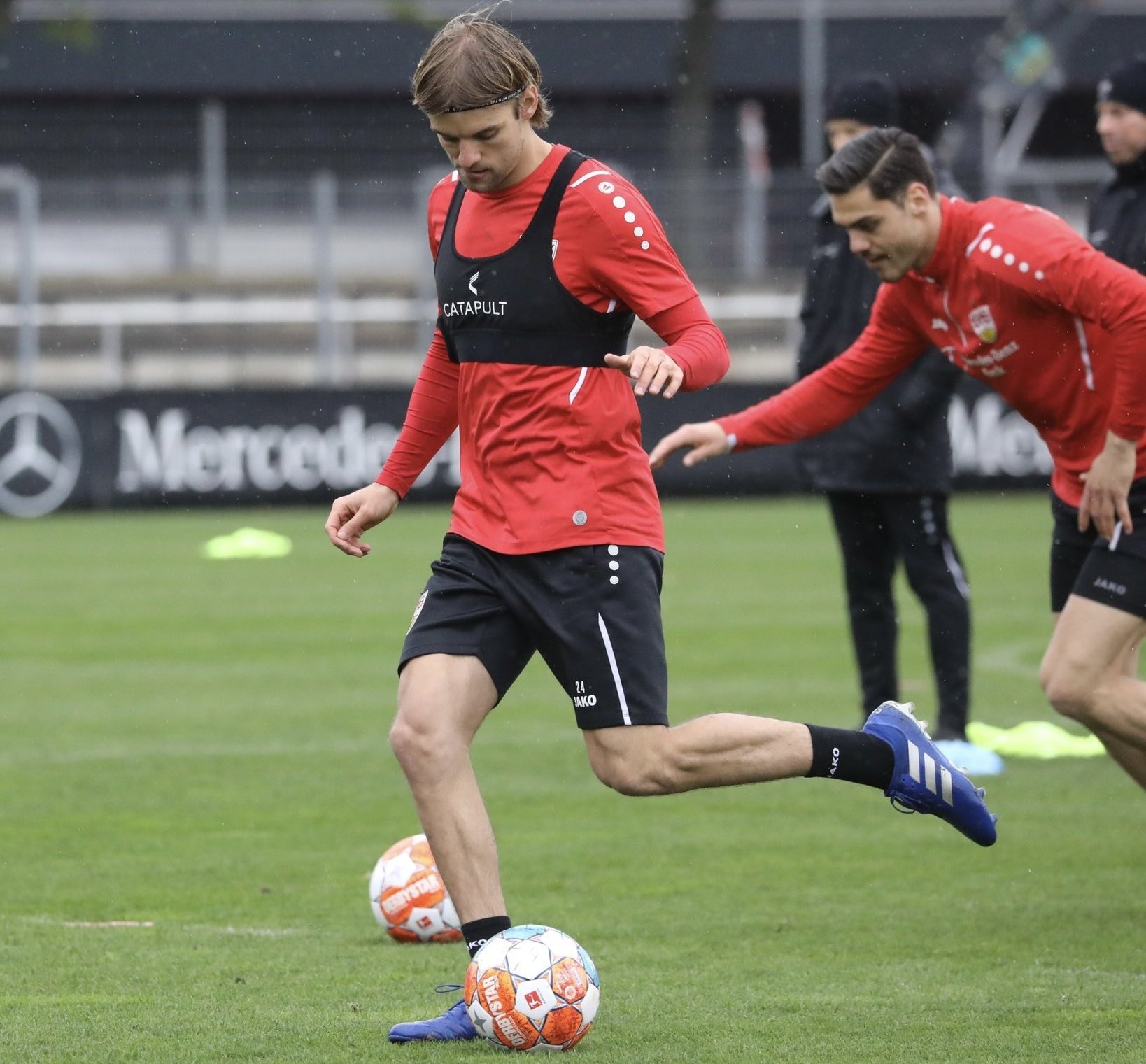 His professional debut as a starter for Dinamo Zagreb was in 2015, with Angelo Henriquez, a former Manchester United prospect, leading the line and scoring twice in a 2-0 league victory.

Sosa’s contract has a 25 million Euro (£21 million) release clause that may be activated if Stuttgart is relegated, according to Sport. They are currently in the relegation play-offs, in 18th place.

Is he capable of matching Manchester United’s standards?

United fans will rather pass on Sosa if he can’t defend, regardless of his other abilities. This is where he falters a little, and the defensive numbers are a little alarming.

According to FBRef, he only wins 0.56 tackles per game and throws 1.23 interceptions per game. These figures place him in the lowest 10% of full-backs in Europe’s top five leagues.

Stuttgart uses a different formation than United, a 3-4-2-1, which allows Sosa to play as a winger and requires him to do less defensive labor.

Stuttgart sits in 18th place in the Bundesliga, having conceded 58 goals this season, just two more than Manchester United.

Borna Sosa’s creative numbers in the Bundesliga this season:

Directly Involved in 18 league goals since the start of last season. 🇭🇷👀 pic.twitter.com/Exoad3k7sN

Sosa is definitely what Ralf Rangnick must have recommended having a look on. Also, the fact that he is a sort of a plyer that Erik ten Hag would be keen to bring the best out of him.

But looking at the major surgery required in United’s other position, signing a new left-back will be the last signing that the board must be looking forward to doing so.

Paul Pogba on the verge of ‘reuniting’ with Juventus